Francesco Brigida was born in Monopoli, a seaside town in the Italian region of Puglia. After completing his education, he spent his time in Milan as a photographer’s assistant working in fashion and architecture. Since 2002 he works as a Photographer & Movie Director between Milan and Paris.

His book “Studio per una scultura” will be published by Linke Editions in July 2021. A limited edition of 100 copies will be printed. 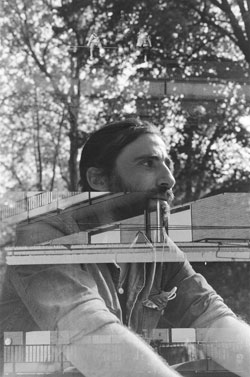 Behind the blinds Magazine